A Binding Financial Agreement is a legal document that sets out the final division of matrimonial assets created by the Family Law Act 1975 (Cth). They can be used after a relationship has broken down as an amicable way of setting out who takes what when both parties are in agreement.

They can also be created at the start or during a relationship to set the agreed split of assets in the unfortunate event that the relationship does not work out: used in this way, a Binding Financial Agreement has the same effect as the common understanding of a Prenuptial Agreement.

Do I need a Binding Financial Agreement?

Let’s explore these points in further detail below.

Are you starting a relationship where you have significantly more assets, or you will be making a significantly greater income? In a relationship, the assets are shared, and this might mean that in the unfortunate event of a breakup the other party could claim and be entitled to their share of that – often a lot more than what they put in from a dollar value perspective. This is the typical use of a Binding Financial Agreement and the best way of making sure both parties agree what would happen in the unfortunate event of a breakup.

I have been given a gift by someone

Are you in a situation where someone has given a large gift? How about an inheritance? What about a family member giving you some money for your first house or car? Let’s go back to the idea of assets being shared in a relationship. If you had a relationship with someone, and after the break-up they contested that house your parents gifted to you, that wouldn’t be fair: either to you, or your parents.  In these circumstances, a Binding Financial Agreement is an excellent way of excluding assets outside of the asset pool.

Someone contesting your will

Have you cut someone out of your will? Do you know someone that might be difficult and try to challenge your will when you pass?

When done properly, the Agreements are Binding (as their name suggests) not only on the parties individually, but also on their estate: this is especially important in circumstances where one party might believe someone could contest their will after they expire and try to claim assets that they would have otherwise agreed to give to their partner.

What if we are not married?

This means that the best time to organise a Binding Financial Agreement is when things get serious, such as when you start living together, thinking about having children, or start to share finances.

Some couples consider the idea of a Binding Financial Agreement a pessimistic thought.

In a way, it is, but only as pessimistic as taking out house insurance, or putting on a seatbelt before getting into a car. It gives everyone in the relationship clarity on what would happen in the unfortunate event of a breakup, and acts as an insurance against unnecessary legal fees.

Servicing the Fleurieu Peninsula, including all Townships, Southern Suburbs and Kangaroo Island 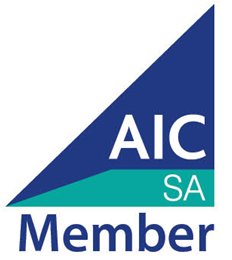